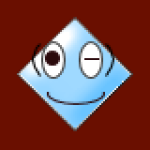 “Today I came up with a great idea for a novel,” I say.
“Today you avoided cooking,” says my wife.

You see: it’s all a question of perspective. Not only in life, but also in creative writing, you shouldn’t underestimate the importance of the narrative perspective.

Get to know the different options and their advantages and disadvantages. In this way you expand your writing expertise and make the best decision for your story.

The most important narrative perspectives at a glance

The authorial narrator is often called the omniscient narrator. He can be imagined as a kind of God who can look into every person at any time and place. How to create a Wikipedia page for an artist who knows exactly what is happening, when, where, and how.

Of course, this does not mean that he always tells everything. Rather, it is up to him to choose or leave out the information he wants.
Often the authorial narrator also has an implicit or explicit commentary function. He evaluates the event, for example, implicitly through his choice of words or expressly.

The authoritative narrator does not always have to be omniscient. It is enough that he knows a great deal. So you don’t necessarily have to imagine a god, but could also start from the author himself, who looks into the heads of his characters.

Opportunity: With this perspective, the narrator can draw on unlimited resources. Everything is possible, there are almost no restrictions on the narrative style. For example, he can tell each paragraph from the perspective of another character and comment on it at the same time.

Challenge: Since we are no longer used to the authorial narrative style in many genres, it can seem quite old-fashioned. In addition, the variety of craftsmanship also harbors a danger: the possibility of switching between different perspectives can appear quite arbitrary. It can also confuse the reader by asking himself: from what point of view are we experiencing this right now?

With the personal narrative perspective, you write from the point of view of a specific character. But be careful: the narrator and the character are not identical. He only perceives the world with the figure’s senses. The personal point of view has an influence on emotions and thoughts, on the choice of information conveyed and on the way of expression.

Opportunity: The limited perspective of the personal narrator can increase the tension. The reader is close to experiencing the character. Thus it offers a high potential for identification.

Challenge: If you decide to tell your story from a character’s point of view, this is a very strict requirement. It is not that easy to keep up with this and requires a certain amount of craftsmanship.

It is also challenging to convey information that the character does not experience directly. There is a risk here that you use tricks that seem constructed, for example by packing background information into dialogues.

In the first-person narrator, the figure and the narrator are identical. Usually the story is told by a character who is at the center of the action. But it doesn’t always have to be the protagonist.

If a marginal figure tells the story, there are smooth transitions to the authorial narrator. There the first-person narrator appears as a character only marginally, but tells about all the other characters as he sees fit.

A typical special form of first-person narration is unreliable narration. Usually there is a tension between the experiencing and the narrating self. The two can contradict each other implicitly or explicitly, and the constructive nature of stories is revealed in this way.

(But be careful: the first-person narrator should not be confused with the author, even if he bears the same name.) An I also automatically brings with it the assurance of conveying particularly authentic truths. This opens up numerous opportunities to play with the reader.

Challenge: The style of a first-person narration quickly appears unliterary or diary-like. The lack of distance can also repel the reader when he feels compelled to make a pact with that self.

What does it mean to tell neutrally?

Imagine if a camera registered what was happening. You now put into words what it records. Or think of a police report: facts, facts, facts. Then nothing.

Accordingly, neutrality means: The text does not contain any emotions. The narrator dispenses with an evaluation and does not take the perspective of a particular character. As a result, we don’t learn anything about their feelings or thoughts.

Writing a completely neutral story – this always remains an illusion to a certain extent. Because the selection of what is being told means that complete neutrality cannot be possible.

Opportunity: The neutral narrator leaves the interpretation of the plot to the reader. The actual story comes to the fore.

Challenge: A neutral narrative style can come across as cold. The emotional involvement of the reader must be enabled in a different way than through identification with the characters.

In the multi-perspective narrator, several narrative perspectives are combined. This can be done in different ways.

A typical form of multi-perspective narration consists of adopting different personal perspectives. This offers many possibilities for a sophisticated build-up of tension, as a slightly different story is told from each perspective.

The authorial narrative style also often proceeds from multiple perspectives, in that the omniscient narrator allows himself to look into the different characters and describe their view of things.

Opportunity: An interesting interplay between different perspectives on history becomes possible, which is particularly interesting for conveying information.

Challenge: When combining different perspectives, it is important to ensure that they actually differ from one another. In addition, the stringency of the story should not suffer. Of course, different truths can be told from different perspectives. However, contradictions should arise from Wiki writers these points of view and not from the confusion of the author.

Examples of the narrative perspective

The different times also result in different literary fashions in novel writing. In the 19th century, the authorial narrative style was particularly popular, as can be seen in many classics, for example in Goethe’s Wilhelm Meister or Fontane’s Effi Briest.
In the last few years, personal narrators or multi-perspective narrative styles have established themselves in many genres. However, there are always current novels with an authorial narrator, for example by Juli Zeh or Frank Schätzing.
The first-person narrative perspective is more popular in some genres than in others, for example in books for young people or in autobiographical novels.

In classic short stories, there is often a personal or a neutral narrator, for example in the stories of Wolfgang Borchert or Peter Bichsel. In more recent short stories, however, the first-person perspective is often used.
In exceptional cases, one also encounters the authorial perspective. In Elisabeth Langgasser’s beginning of the season, for example, you can see what a special atmosphere this can create.

Dive in Google’s Knowledge Graph to Increase Reach and Visibility