What is Cryptocurrency: Short Guide for Cryptos 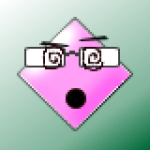 What do you understand when I say ‘cryptocurrency’?

I won’t judge you if you say Bitcoins. You are not alone.

For many people, Bitcoin = Cryptocurrency

But this isn’t right. (More on that later)

For many people, cryptocurrency is a get-rich-quick scheme that has some arcane blockchain technology at its back.

Those who have a little understanding might be able to tell you two cryptocurrencies other than Bitcoin.

But cryptocurrency is a lot more than Bitcoin and a get-rich-quick scheme.

In his blog, we will give you a basic understanding of what cryptos are and how they work. So, that next time someone asks you what cryptocurrency is, your answer won’t be: ‘Bitcoin’.

Cryptocurrency is digital money. It is like the cash in your wallet, but the only difference being the cash isn’t made of paper, and the wallet is not made of leather.

The currency and your wallet are on the internet.

Our fiat currency (cash) is ‘centralized’.

Meaning: every country has a currency managed by a government, federal bank, or central authority. They print it and issue it. If you want to transfer it, you have to go through a banking channel.

Meaning: There is no one authority printing it, and you don’t have to use any channel to transfer it. It is made by people worldwide through various techniques, and the giver directly transfers it to the taker.

Cryptocurrencies are making waves in the world as their acceptance is growing. Like for instance nowadays, you can easily buy car online from auto coin cars and more such essentials from many platforms that accept cryptos.

Obviously, we are going to start with Bitcoin.

Bitcoin is based on a simple concept: If two people want to do a transaction, they can do it by themselves. No bank involved; no money transfer portal involved. It is like cash exchanging hands, but again… over the internet.

Every Bitcoin transaction is tracked by blockchain, and this ledger is public. Anyone can see the transaction you made. So, no chances of fraud!

It is the most expensive cryptocurrency in terms of market capitalization and the most traded one.

Bitcoin’s working gets a bit trickier.

These coins are mined using ‘mining rigs’. These rigs are big, specialized computers that use a lot of energy to mine these coins. Each Bitcoin that is mined is recorded on the blockchain, so are all the subsequent transactions.

By the market cap, Ethereum is the second biggest cryptocurrency.

Like Bitcoin, Ethereum also uses blockchain to secure its transactions. However, its usage is much more varied than Bitcoin’s blockchain. It can be used to develop applications, management software, logistics supply chain, financial services, games, etc.

Ether is the currency part of the Ethereum network. So, if you’re buying Ethereum, you are actually buying Ether.

If you’re a part of the Ethereum network, you will have access to its blockchain ledger. Like Bitcoin, it is also decentralized. Two people can do transactions in Ethereum without a need for any channel.

Its mining works in the same way as Bitcoin’s. Miners use computers to unlock Ether. Then, the subsequent transactions of these Ether are maintained in nodes. There are thousands of people who maintain these nodes.

Like Bitcoin, there is no chance of fraud, and the whole process is public.

Litecoin also works in the same way as Bitcoin.

It was launched in 2011 as an alternative to Bitcoin. It is a decentralized currency, and these coins are mined through the mining process. These coins are maintained in a ledger that is publicly accessible.

There is a limited number of Litecoin – 84 million in total. The main difference between a Bitcoin and a Litecoin is of algorithms they use. Bitcoin uses the SHA-256 algorithm, while Litecoin uses a different algorithm, called scrypt.

Bitcoin Cash is a digital currency that comes with improved features as compared to Bitcoins. It increases the size of blocks and allows more transactions to be processed faster.

Binance Coin is a cryptocurrency which is issued by the Binance exchange.

Binance exchange is one of the largest cryptocurrency exchanges globally. That supports up to 1.4 million transactions per second.

Binance Coin can be used on Binance exchange to buy cryptocurrencies. It is also used to make credit card payments, investments, and loan transfers.

Binance used to work on the Ethereum blockchain, but now it has its own blockchain called Binance Chain.

Ripple is a unique mention on this list as it works both as a cryptocurrency and digital payment network.

It is an open-source, peer-to-peer decentralized network that allows peer-to-peer transactions in fiat and cryptocurrencies.

Ripple’s digital currency, XRP, also runs on a blockchain called XRP Ledger. It works on a slightly different principle than other blockchains.

Unlike the decentralized nature of other blockchains, the blockchain of XRP is somewhat centralized. It manages a unique node list of some 25 trusted validators. Users can choose among these to validate their transactions.

These validators update the ledger when new transactions are made. XRP is premined and is periodically released.

If you need more info about cryptos read it on coin base.

If you have any questions regarding these or any other cryptocurrency, put them in the comments below. We will be happy to break them down for you.

7 Tips for playing the best new zombie survival game ever

Is it Worth Hiring an SEO Expert in 2021 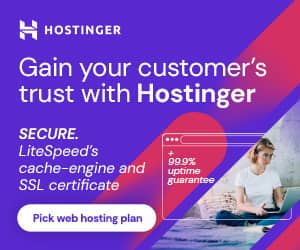