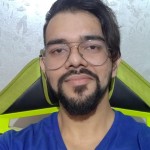 Let’s start this Assassin’s Creed Odyssey review by saying that it’s a sequel to the highly addictive and “for some”, a divisive Assassin’s Creed Origins. And it’s a full plunge of the Assassin’s Creed games into the RPG genera. While there are some hits, there are plenty of myths and one can see that when it comes to making a full-fledged RPG, Ubisoft still got miles to go. Let’s see what I am talking about.

Ubisoft “literally” changed the game with Assassin’s Creed Origins. What was once a densely populated landscape turned into vast open expanses of Egypt. What was once a combat riddled with pre-rendered countered animations took a hitbox route, and what was once a story about the ongoing story of Assassins vs Templars turned into the origin of it all. While I had initial hiccups with the gameplay mechanics, the landscape, the vast expanse, the player character and the compelling story all made it worth it. However, it became evident that tides were turning for this game.

With Assassin’s Creed Odyssey, Ubisoft has continued to do what they did with Origins, and cranked it up to eleven. The expanses are even more vast, and the combat is even more diverse. The world and the story however, are different stories al together. There are no assassins here, just a “misthios”, who can be any gender (I really don’t know what to say here) of your choice.

The story takes you farther back into time (422 BC) and plunges you into a Greek world of quirky characters, shallow mysteries and an uninteresting protagonist that I was trying to kill most of the time. All of this should’ve have made the game least enjoyable for me. However, 235 hours into the game made me realize that there were some fun aspects to it that I didn’t give a chance before. What are they? Well, read on.

Before the gameplay, before the features, and before the graphical beauty, one thing that has always drawn be into Assassin’s Creed is story. You necessarily play a character who is playing a video game(don’t at me, that’s what animus is) that takes him (or her) back into the ancient times to explore the assassins. Here it’s no different. But this time, there is no assassin at play here, it’s a “misthios” (Greek for mercenary), which can be any of two sibling characters (Kassandra and Alexios).

The character is the grandson of the oily-chest-six-pack bearing “This is SPARTA” dude (Leonidas), who inheritsthe spear that makes him destined for greatness (ode to spear of destiny) and whatnot. The story is about him trying to unite is family in the backdrop of the Peloponnesian War.

But it’s so much more. It has more tonal inconsistencies than my grandma had ulcers, more cringey dialogue than my grandma’s attempt at humour and more bullshit fetch quests than the time I had to go outside to buy stomach cramps medicine for my grandma.

Voice acting had a great part in making the MC and most of the side characters mediocre. You even have “Mario” whose actor tries to painfully integrate the perpetual Italian-plumber’s accent into his dialogue. But none of them play out right. Most characters fall flat. And it doesn’t help that the world is not interesting.

That being said, I don’t blame Ubisoft for that much. The time it was set it is 430 BC. So, I don’t expect the places to have the population hotspots as the crowded regions of Jerusalem, of the vanities of Venice. However, you would realize that those lines are an excuse when you consider that all Ubisoft had to do was a populate the world with lost villages – few interesting places that the game did have – and that issue would have been solved.

When I first opened the game, and I entered into my first tomb, I was amazed. That amazement turned into annoyance as soon as I entered into the second tomb. When it comes to “secret” locations, you expect each of them to offer you something different. You enter into one hoping to find “secrets” that you haven’t seen before.

Not the same cookie cutter treasure chests surrounded by pots with snakes in them. But Alas, this was the case with Odyssey. The internal aesthetics were the same for EVERY SINGLE TOMB. Barring a few underwater ones, the lack of quality in the tombs is reflected in the rest of uninspired environment.

However, being a “stockholmed” Assassin’s Creed Dude that I am, I persevered and moved on to explore as much as I could…. until I couldn’t.

Gameplay
The gameplay of Assassin’s Creed is a power fantasy dialled up to 11. The parry window is very forgiving and the real adrenaline rush the Origin’s gave is gone in this game, but it doesn’t matter. Your character is practically an immortal demigod. Thus, instead of just fighting with the bows, staves, spears, Axes, longswords, daggers, you’re implementing godlike abilities that go crazier the longer you discover.

It’s like all the power play tropes that made your player look cool while fighting was implemented in this game. You’re not a struggling warrior, you’re just an unstoppable force with many tools at his disposal to dispatch the enemy either through stealth(we’re going to talk about that) or melee.

Stealth is virtually absent in this game. While I get the attempt of the developers to create a game where one-shotting an enemy is impossible, they couldn’t have taken a more wrong approach to implement it. Your small dagger that replaces your hidden blade is useless. While you can dispatch your enemies at a higher level, you won’t need to implement stealth at that level. As you transcend into god mode when you’re past level 40, most enemies are like breeze. So stealth is not needed much.

Melee: Melee combat has had an overhaul from Origins. While Origins went for a somewhat realistic approach towards sword-fighting, Odyssey implements everything from Japanese martial arts to Arabic combat techniques. For a game series that pride’s itself upon providing era appropriate weapons, no shits were given about the techniques that these weapons implied.

That’s not to say that the game is not fun. It’s FUN. But there is no struggle involved and that’s what pisses me off about it. The DLCs included more moves and abilities into the mix that made the game even more apart from the franchise, but it’s a difference that I didn’t enjoy at the level that I should have. However, the only time you’re going to experience this fun is if you meet the ridiculous Assassin’s Creed Odyssey System requirements.

Ranged Combat: If you were like me who in Origins loved that you had a choice between multiple Bows, I have bad news for you. You can only equip only one type of bow, and that’s the most underpowered weapon I have ever encountered. The mid-battle bow changing that we liked so much in Origins is now possible here.

There are no different bows. The predator bow has been replaced by a hunter guided arrow ability, and that’s it. No rapid-fire bows, no warrior bows, now light bows, nothing is present. It’s like Ubisoft hated how much we enjoyed playing with bows in the previous game.

Role Playing Aspect: Broken, is the word I am going to use to describe the role-playing aspect of this game. There is no particular character trait that your player adheres to. You can vanquish an entire village, but do one thing and you get hailed as a hero. Other than certain story elements, at no point you feel like your actions meant something, other than saving your family members. However, there were some touching elements in the game that were so far in few in between that you forget about by the end of it.

Ship Combat: The lesser we say about the Ship combat the better. It tried to emulate Assassin’s Creed Black Flag while using the weapons of that era (no one had explosive canons back then), in a less successful manner. While it does allow you to RIP A SHIP IN TWO, it only remains a shallow visual rather than something satisfying.

Fans of Jesper Kyd will be happy to listen to his signature sound track when they open the inventory. It feels like an afterthought as the signature tune of the franchise has been relegated to inventory music. However, it does tries to remind us that this game is part of the Assassin’s Creed Franchise.

This time, the reins of directing the games of the music is given to Joe Henson and Alexis Smith. They have somewhat captured the freedom of the seas and were able to convey the expanse of the Athens and Sparta through their music. The opening theme isn’t bad either.

Don’t have a modest hardware? Don’t play this game. Assassin’s Creed Odyssey’s requirements really show that Ubisoft pretty much hates PC players. I bought this game back when I had GTX 1060, Ryzen 2700x and 32 GB RAM, and the game was abysmal at it. It wasn’t until I cranked the GPU to RTX 2070 that I was able to properly play the game. At the Assassin’s Creed Odyssey minimum system requirement, the game is hardly even playable.

To add insult to the injury, even when you had a rig that can handle the minimum requirements, the pressure on the processor was way too high. Keeping at almost 100 percent at all times, the game made sure that your system restarted in most cases. However, that issue was resolved after many patches.

Now, let’s talk about how I dealt with these requirements. First, I brought RTX 2070 super 8 GB. Combining it with the other aspects of my rig, I was able to get a constant 60 fps on a good day. However, turn on the volumetric clouds to the highest and the frame rate started to drop like starks at the Red wedding. So, if you are interested in playing this game, make sure that you put the volumetric clouds as low as possible.

Assassin’s Creed Odyssey is the victim of its own ambition. They tried to pull-off every RPG element in the rule book, but they failed. For every one step it took further ahead of origins, it took 2 steps back. The gameplay is amazing but not challenging. Environments are vast but stale. Weapons are many but obsolete, characters are many but uninteresting.

The story inconsistencies made it seem like Ubisoft’s original plan was to create a new franchise. But the marketing team forced them to tack it with Assassin’s Creed’s IP. Even if with it’s faults, I put 279 hours into this game. So, I am not denying that there is no fun factor to be had here. Thus, if you’re looking for fun, and are willing to grind often, you’d enjoy it. However, it doesn’t have a replay value.

My final score for this game is 7 out of 10. It’s more than average because there is a lot to do, but only if you have the time to.

Soul Mahajan is a gamer, a writer, and a fitness Junkie. As someone who recently got into fitness and obsessed with it, he harbors a lot of interest in the supplement industry. When he is not knee-deep in research about supplements so that he knows that he is buying the supplements that are not duplicates, he is gaming or writing about it.

Becoming a Copywriter or Content Writer: Which Is Best?