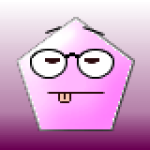 An effective method for the education of our children is the symbolic economy. We explain what it is and how to put it into practice.

Symbolic economy is a strategy recommended by psychologists to stimulate changes in behavior.

In school, teachers often use it to generate appropriate behaviors and to eradicate negative ones. Done well, it can become a very effective technique.

It is a system of rewards with the psychological basis of positive reinforcement. When the child has a good behavior in that which one wishes to reinforce, one gives him points. He can then exchange them for rewards.

How to use the symbolic economy?

This symbolic economy technique aims to stimulate and establish good behavior. These are actions that the child struggles to do on his own.

Generally, token economy is useful in creating interest in certain activities that are not attractive to the child. It also serves to regulate inappropriate social behavior. The system makes the child associate the behavior he is to acquire with something positive.

How to apply symbolic economy?

First, it is necessary to plan the system. The materials are being prepared. Indeed, the system must be necessary visible. The child is by nature concrete and needs to see his evolution.

Then, we will choose and prepare the tokens. For the little ones, the stars, faces or stickers will be very attractive. For older children, they can use coupons or numbers that are usually printed on paper, cardboard or plastic.

We will also prepare a table on which we can see the progress of the child. We can see the evolution by seeing the tokens won, lost or exchanged on the board. The days of the week will be in a column. Finally, this table will be placed in a visible place that is easy to control.

We then define a reward which will be given when the child manages to accumulate a determined number of tokens. It must be something that the child likes a lot: a toy they want, going to the amusement park, eating burgers, etc. The important thing is that this is a really motivating prize for him.

The child will be explained some basic definitions. We will thus give him indications on the behavior that we want to encourage and the conditions of exchange of tokens for rewards. We must define concrete behaviors.

When setting up the system, the age of the child must be taken into account. For the little ones, we must establish a reduced number of tokens. Indeed, if the goal is long term, they will lose interest. For the older ones, the number of tokens to be able to exchange must be more important.

“The purpose of the symbolic economy system is to stimulate and establish good behavior. “

A token economy cannot last forever. In fact, as the child succeeds in modifying the behavior concerned, we will begin to gradually exit the system.

We can thus increase the number of tokens needed for the reward or combine two behaviors, for example, more learn here: Besteconstuition Thanks.

Difference Between On-Page and Off-Page SEO: What You Need to Know

Definitive Guide to Local SEO Audit to Improve Your Rankings