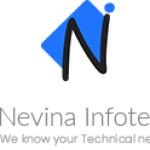 Cross-platform mobile app development is a software engineering process that develops a mobile application that runs on different mobile OS and platforms without rewriting the code again. This can reduce the time, effort, and money in developing the code for each platform and operating system.

Cross-platform app development is the new trend and the business world’s new favorite above native app development. It is beneficial for businesses to write code in one platform and can access or run it anywhere in multiple operating systems. People also love cross platforms because they delete the need of individual teams and with different skills. In addition, small groups translate to the modest cost and sleek development time.

In the past, there was native app development, but it was not like cross-platform development. So, after cross-app development came into the market, it has ruled all over the market because of its feature, which is to write once run anywhere, which can save the time and efforts of the developers.

Which Best Cross-Platform Tool Should We Use

There are many types of cross-platform development tools available in the market to choose from, and the choice is yours to select depending upon your requirements, concerns, and needs. However, one should keep in mind that tools are changing and regularly updating; therefore, you should carefully choose the best option.

Below is the list is given of what you should check before selecting the best cross-platform tool.

It is always good to analyze what big company owners use for their apps. Then, you can take the example of popular companies who are very successful in developing a good app like them.

If budget is your vital role in selecting the tool, you can go for open-source or cross-platform mobile app development tools. React Native and Ionic are one of them. It would be a good choice for a startup as they have to spend a lot of money on other things. So, they should spend their budget carefully.

Be careful with the support of the cross-platform mobile app development tools. If you find any issue while developing your app, you can contact the community to solve the problem, and it will provide you with mobile app development services. For example, React Native, Ionic, and Flutter support large connectivities with the users, and there is readable documentation and websites that help developers for projects.

There are many tools for cross-platform software development which you can choose wisely. We have analyzed market research, and we have shortlisted a set of best-used tools. Here is the list is given below:

React Native is an open-source software based on React, which is suitable for cross-platform mobile app services. IT was launched in 2015 by facebook, in 2012 after Mark Zuckerburg said that hybrid apps are a long way away from native apps. Currently, the app is using React Native for class-platform products.

This tool allows developers to develop a native app that looks and feels like a native application with the advantage of using native features of mobile devices. This tool makes it perfect for Android, iOS, and other mobile operating systems. It facilitates you to create an application using javascript without ignoring user experience or fast performance.

Flutter is also one of the best cross-platform developments. It is also an open-source tool developed by Google in 2017. This also creates native applications supported by multiple operating systems like iOS, Android, etc. Dart is the primary programming language of this tool. Whose performance can increase up to 15%?

When this tool got updated in 2019, Google has added a feature that will be supported when integrating flutter into your iOS and Android application.

Many companies use flutter: Alibaba, BMW, Google, Tencent, and others.

Ionic is popular amongst all other tools in mobile app development platforms. It was released in 2013. Apps that are based on this framework can operate both iOS and Android from one code. Ionic helps you to build fast, high-performance apps which can run on various OSs. In this manner, the framework allows you to develop applications in a short period.

It is an open-source framework supported by a vast community of developers. Several companies which use Ionic are Amtrak, Burger King, Target, etc.

Xamarin is the user interface framework that you might notice when it comes to mobile app development. It is also an open-source platform which Microsoft released in 2016. This app platform shares a single code on Android, iOS, etc. Xamarin can run both on mobile devices as well as web applications.

It is an open-source, cross-platform mobile app development tool supported by Adobe. It consists of Javascript, HTML & CSS into a container that can access API.

I’ll be happy to know that this article can help you select your best cross-platform mobile app development tool.